Once again, hello everyone!!!

This week seemed to go by so fast! As I’m sitting here trying to remember everything that happened, it feels like there was too much and too little that happened to write about!

On P-day, we went to this science museum which was really fun! It turns out that it was actually aimed for a younger age group than we were expecting, but there was still plenty of stuff to keep us entertained, that’s for sure! There were all sorts of games and activities throughout the museum as well as little exhibits. Also, there was a thing that tested your reflexes and you might as well call me lightning from now on. I also found out that I have terrible balance, though, so probably won’t become a surfer when I get back. Probably my favorite part was the hall of mirrors–we spent a pretty good chunk of time there. Who knew mirrors could be so fun!

We met an older man on the tram last week and then rescheduled a time that we could give him a tour of our church building and teach him. He himself doesn’t go to church, but his wife and kids are Christians, so he also calls himself a Christian. Since it was our first lesson with him, we got to know him a little more and then taught him about the restoration. He took every thing that we said surprisingly well and didn’t have any questions or objections (which isn’t necessarily a bad thing). Throughout the whole lesson, he would agree with everything we said and would say “Well of course!” We started talking about the Book of Mormon, bore testimony, and gave him a copy of it to read as well as challenged him to go home and read and pray about it to know if it were true. To this he responded, “Of course, I already know it’s true!” I’m not quite sure he understood everything about the Restoration and what makes our church different, but at least he’s willing to read the Book of Mormon! We turned him over to the Elders in our ward this week, so they’ll have a fun time teaching him!

While we went finding this week, we tried a new strategy of asking people different questions such as asking where places are and then trying to talk about the gospel with them. It wasn’t super successful, but we got more people to talk to us than we have before! We stopped one lady and asked her where the entrance to the subway was and she gave us a really long explanation of how to get there and then just decided to walk with us there. The entrance is right across from our apartment building so of course we already knew where it was, the point was just to have an opportunity to talk with her. She walked us almost all the way there, pointed out where it was, and then walked home right into the same apartment building we live in! It will be kind of awkward if we ever see her again in our building because you can literally see the station from our window!

Every month or so, McDonald’s has a new “specialty” burger and a few other items that they’ll cycle through. The burger this month is a chicken patty with egg, corn, cheese, and some other random stuff that I’m not 100% sure about, all on top of a fried rice bun. Naturally, I had to get it. Naturally, it wasn’t nearly as good as I would have liked, but it also wasn’t that bad! And really, I just did it for the experience 😉 Speaking of strange-ish food, I drank some really weird soy milk this week. I actually really love soy bean milk and have been trying new flavors of it every time I see it. The other day we saw a red bean one which just LOOKED too good to pass up. Also, it was the only time I’d ever seen it and there was only one left, so I wasn’t about to pass this one up! But it turns out that it was literally the grossest thing that I have ever consumed. So let this be a lesson, don’t judge a soy milk drink by its packaging!

We taught a lesson yesterday about preparing yourself, starting right now. If you had three days to prepare to see God, what would you do? Is there anything in your life that you would need to fix? A quote that I really like says something along the lines of “Once the time comes to make a decision, the time for preparation is over.” So don’t procrastinate! Start today improving your life and changing what you need to. I invite you all to find one thing, just one, that you need to improve on and do it every single day this week. It could be serving more, or reading the scriptures more regularly. It’s whatever you personally need to improve. I promise if you do this, you will feel an increase in guidance and clarity. And once you improve that thing, you can move onto another one!

Have a simply amazing week!!!

1) The McDonald’s Sandwich
2) Maybe I should cut back on all the rice…
3) My head! On a platter!
4) The most hipster billboard you’ll ever see. May it guide your life. 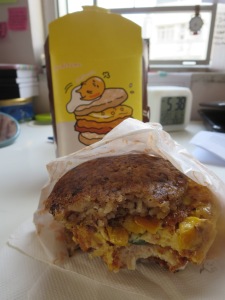 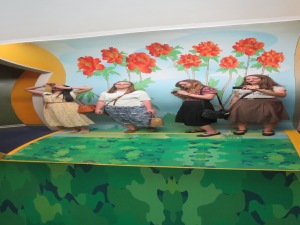 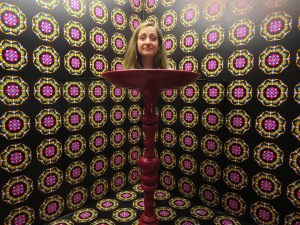 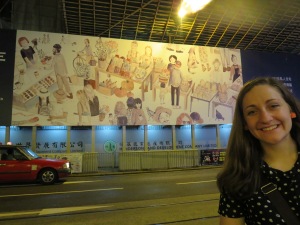