You can tell me to stop saying the same things over and over again because I know that I sound like a broken record, but I LOVE BEING A MISSIONARY SO MUCH!!! This week we saw so many great things happen that I won’t be able to explain it all, but here are some highlights! It’s funny because a lot of things that are happening aren’t really classified as “success” in the sense that we aren’t having baptisms left and right, and there are still quite a few things that we need to work on in this area, but my attitude is changing and in turn so is everything else!

This week we had the chance to meet with quite a few new people who all have potential to become new investigators! We have lately really been struggling to find new people and have had to drop some people and see some less frequently as we admitted that they really weren’t progressing anywhere.

And you wouldn’t believe it, but this week we had ANOTHER person call us from one of our fliers! I don’t understand it because this has never happened before (and the fliers are still the same ones I’ve been using my whole mission), but maybe Heavenly Father is seeing our hard work and is blessing us in ways that we didn’t expect. But we met with the potential, and her friend as well that she brought, and though they initially only wanted to learn English from us, at the end they started asking us some questions. We got to teach them and also show them how to pray! They are both super cute and we can’t wait to see them again!

Last P-day as we were coming home on the subway from Kowloon, we happened to get into the same train car as a potential that we actually had scheduled to see for the first time that night–what a crazy coincidence! And the other part of it was that she doesn’t live in our area so we have to turn her over, but we happened to be with the sisters who we would turn her over to at that time and so at the lesson that night we all taught the lesson together. It was a super intense lesson because she is already a super active Christian and straight-up told us that she’s not going to join our church, though she would be willing to meet with us again and kind of hear us out. She was really nice about it all and as she was speaking she said so many things that made me think that if not now, maybe at some point she will really be ready to hear and accept our message.

The sisters in my apartment also surprised me this week with a little party for my birthday! And the reason why I was so surprised is because my birthday isn’t for another few weeks, but that was the point in it, haha! And what’s more, my companion even bought me some blue cheese which is super expensive here–shout out to Sister Branch, she really gets me 😉

We visited the Lo family and they insisted that we stay over for dinner, so we did. I was squished the couch next to Brother Lo’s brother who isn’t a member and is also a little bit old and crazy. He was drinking beer the whole time and had some very interesting comments that made for an interesting evening. But it was good to see the family and, hey, maybe next time when we visit again he’ll be there and we can teach them again!

So a few weeks ago I felt like I should call a semi-active member after church and thank her for her lesson that she gave that day. She was super surprised that I was calling her because up to that point I hadn’t really talked to her. But she was grateful and I wished her a happy Mother’s Day as well. And then a couple weeks ago she came to church and thanked me again and then invited us to her house to help her daughter practice her English for a big interview that she had coming up. We had a super good visit and I found out that the day I had called her was also her birthday, though I didn’t know it at the time, I was just following a prompting that I had. And then just this past week we went to drop off some cookies at their house and found out that the sister had just been diagnosed with a serious health problem and needed surgery and she was very grateful for us thinking of her and talking with her. So what started as a simple phone call turned out to be something so much more as the weeks progressed. It just reinforced my testimony that you should never put off doing a good thing, because you never know how much it will help someone else! I also have a testimony that we are all the Lord’s angels and that when we follow the promptings of the Sprit, we are literally acting as His hands here on earth. How cool is that to think about–you are literally the answer to someone’s prayer!

Keep moving forward! Enjoy every moment that you have and make today the BEST DAY EVER!!

1) A member made us food after church!
2) The sisters in my apartment at my surprise birthday party!
3) Yes. That is ice cream in a crepe cone.
4) Some delicious seafood at a member’s house! It was chewy, but good!
5) Last week a member showed up outside our tsuen with 3 huge bags of bread! 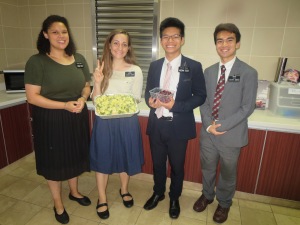 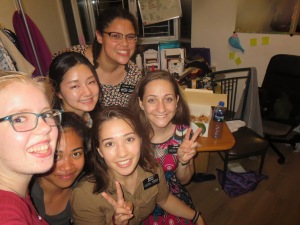 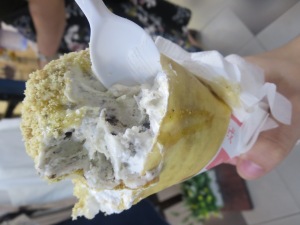 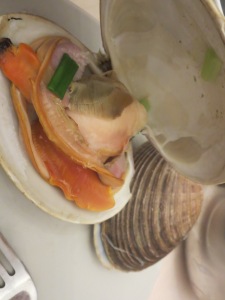 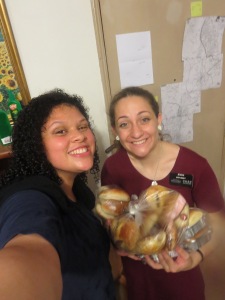