This week featured yet another lovely van ride (I’ve lost count of how many this has been) and headed up north to visit what is called the Golden Triangle. You can kind of think about it as similar to the four corners in America, but instead of it being the intersection of states, it is where Laos, Thailand, and Myanmar meet along the banks of the Mekong River. 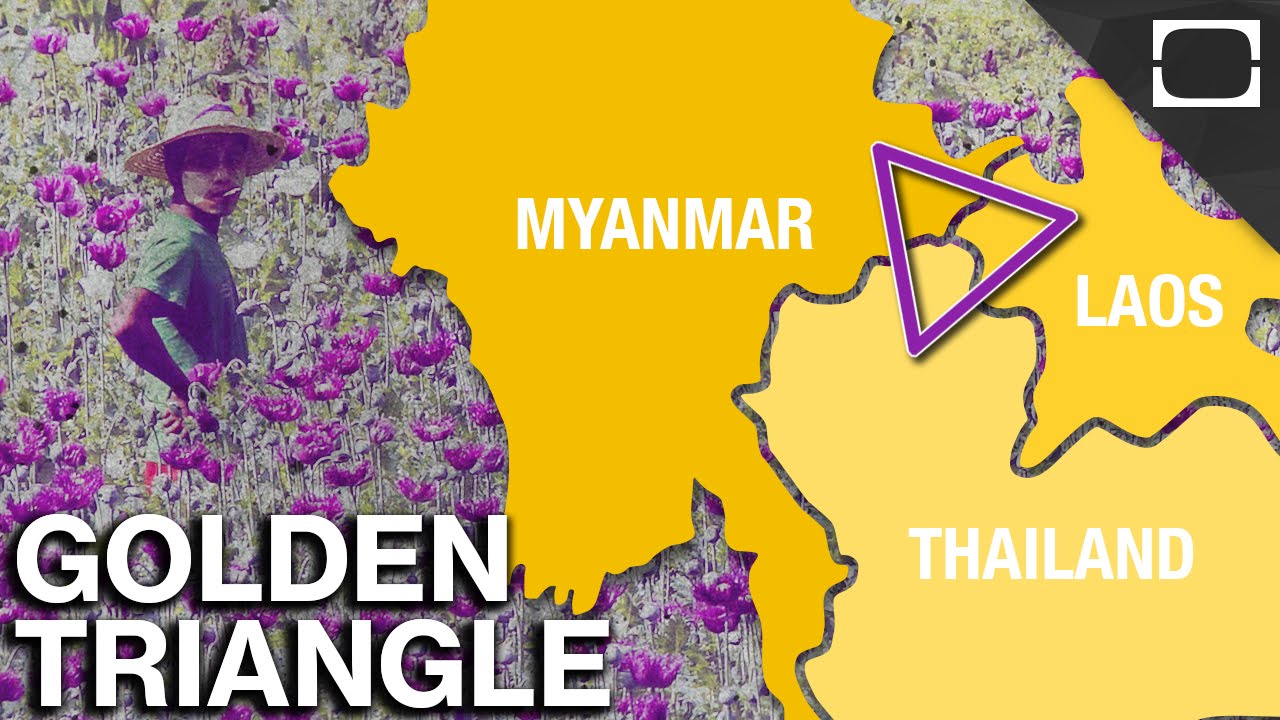 We took a boat ride down the Mekong River and got close enough that I probably could have thrown a rock onto the shores of Myanmar. I’ve come oh so close to Myanmar twice now but still have yet to actually cross the border into the country. Maybe someday I’ll make it there…

Amidst all of the fun and touristy things that we did, we also went to a museum that told more about the region and the infamy behind it. The Golden Triangle isn’t just a neat little area marking the intersection of three countries; it is also known for its mass poppy farming for opium production and illicit drug trade. You, like me, may have already heard of the opium wars that took place between Britain and China in the mid 19th century, but I was previously unaware of just how much the opium trade and push to increase its production had affected other parts of Asia as well.

Though there is certainly a great deal of money to be had in the drug trade, the devastating effect that opium has had on the area and the lives of many personally is extensive. The museum talked about the sheer number of people that were became addicted to opioids in the region and how that has been a contributing factor in keeping many people chained in poverty and destitution.

I had one of those moments where I realized just how cushy my life back in America was. Many of the countries in Southeast Asia have structural problems that have made it extremely difficult for them to have the proper government to lead them to have more political and economic success. Although Thailand has had a rocky relationship with democracy in the past and there seems to be an endless number of military coups, even here conditions are much better than in some of its neighboring countries.

We stopped through some other cities on our way up north and got to see some interesting temples. Many of the temples that we had previously been to were rich in layers of history with ornate woodwork gilded with gold and many of the typical statues and paintings that you might expect to find. One of the temples on this trip was built more recently and inside one of the buildings featured a mural with none other than Pikachu, a transformer, and the twin towers. Not something you would typically see in most temples, but it was meant to represent things of the world which were then separated from the heavens depicted above it.

One of the other temples was a bright blue and had some aspects of the typical ornate architecture, but it did also have more of a cleaner and deliberate feel to it and felt more like a tourist attraction than a place of worship for followers of Buddhism. It was still cool, but they did feel different from some of the older, smaller ones that you might find tucked away in the streets of Chiang Mai. 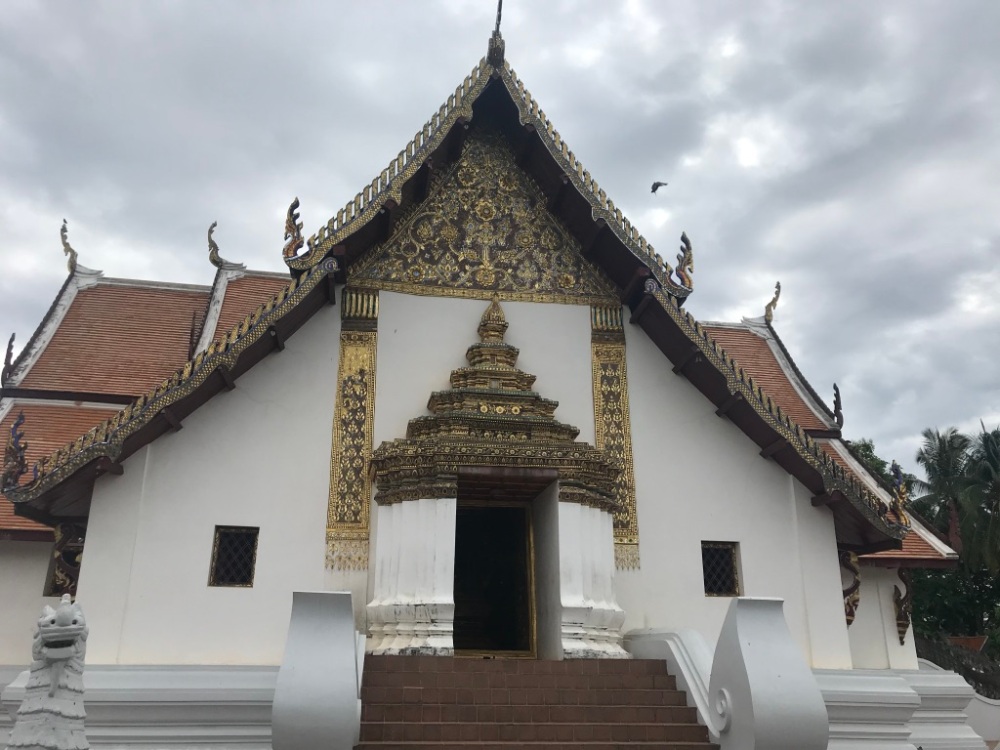 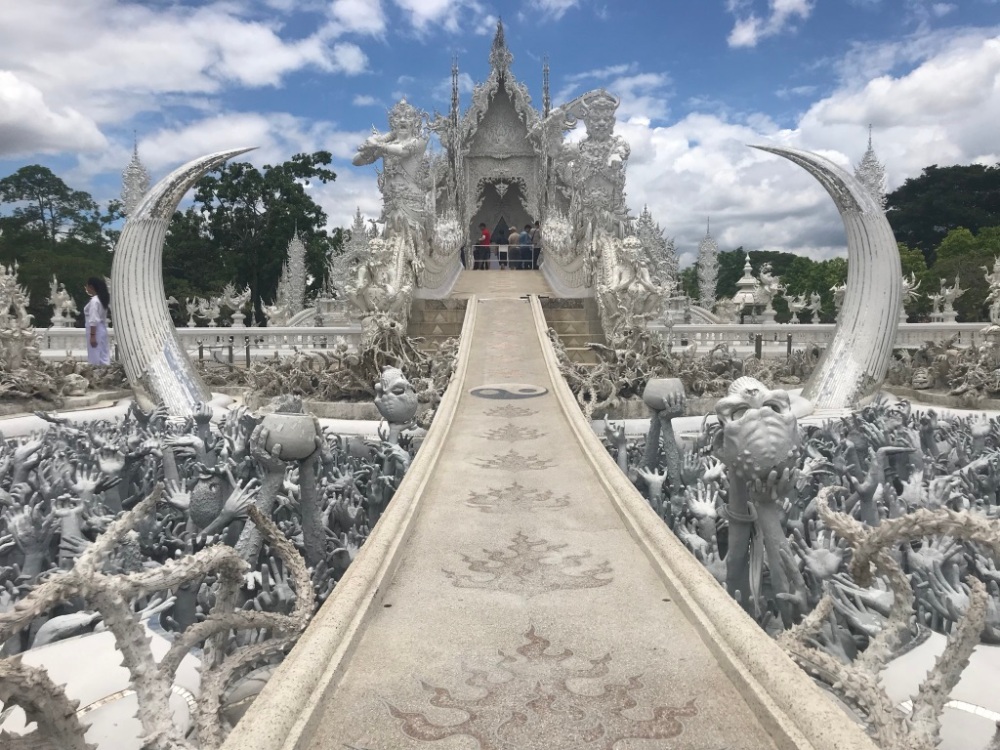 We headed in our cozy little vans back down to Chiang Mai and as a great way to end the week we did some service at a shelter for refugees from Myanmar the next day where we cleaned up and painted some of the walls of the buildings. It was one of the hottest days that I have yet experienced in Thailand and I was covered in both paint and sweat, but it was well worth it. They asked us to paint a quote or something on one of the freshly painted walls and having just recently re-watched the Batman movies me and one of the guys painted a quote from it. So somewhere in Thailand there is a Burmese refugee house with a Batman quote painted on it. 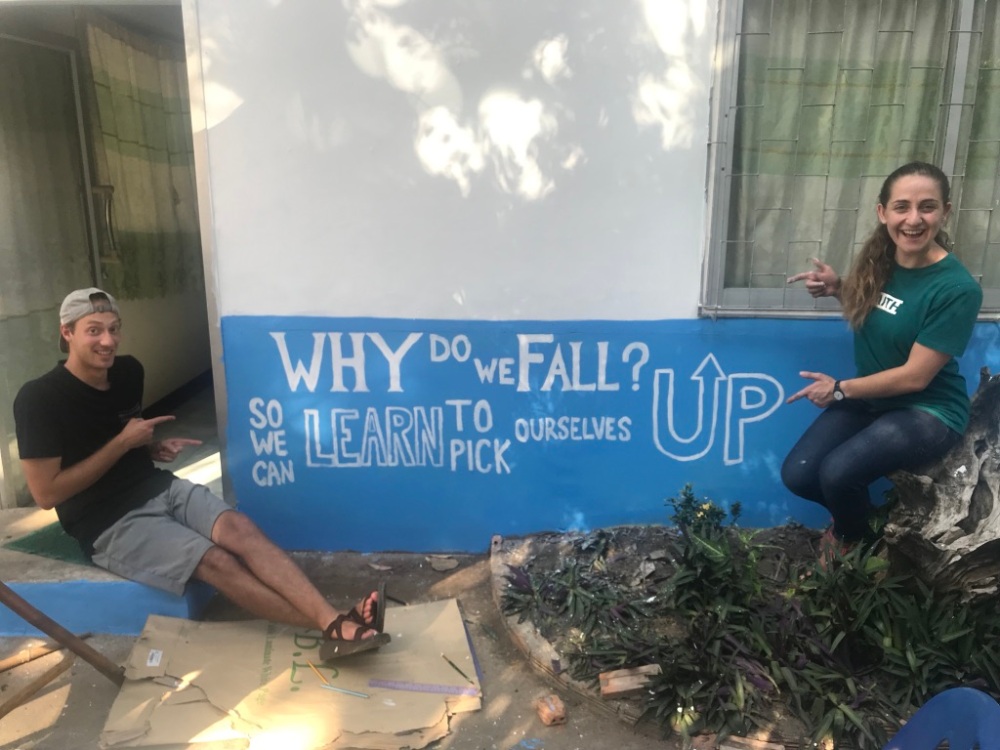