This was one of those weeks that seemed to go on forever but then was over before I even knew it. We had some exciting things happen this week in West Point!

For P-day we went to the Hong Kong history of museum with some other sisters and it was actually really fun. Haha, I’ve been to quite a few museums since I’ve been here and I do really like them! It gives me more of an appreciation for where I am and in turn helps me to understand the people just a little more. One thing that I didn’t realize was that Hong Kong has only been a major city as of the past 50 years or so. Before that it was just a little community with a few thousand people.

This week the Relief Society put on an activity teaching us how to use food storage food and about being prepared and such. My companion and I called lots of potential investigators, former members, and less-active ones trying to get people to come, and we actually had quite a few people show up that we had invited! We were able to teach one of them and then another one came to church the next day with her daughter! We are going to try to see them again this week and hopefully can start seeing them regularly! This week we also visited a former investigator that was taught by the missionaries a few years ago but wasn’t willing to come to church and was afraid of being baptized, so the missionaries stopped seeing her. We visited her in her house and it was a good lesson, but she is really sad right now. She’s kind of older and lives all by herself in a really rundown and dirty apartment. She doesn’t work or really have any friends so it’s mostly just her all day. We shared about Jesus Christ and prayer and it was amazing how much she remembered! We are going to visit her again this week and hopefully we can help her find happiness and a purpose in life.

And now for the other exciting news–we had a baptism this week, my first one!! Her name is Floren, and she has been investigating the church for a LONG time! The first missionaries to contact her met her about 6 years ago and since then there have been countless other missionaries that have started teaching her and then had to stop because she wasn’t willing to keep commitments. When I got here, they had already been teaching her for about 3 months with little to no change. Her biggest problem was with keeping the word of wisdom because she loved drinking tea and would break down after a couple of weeks. She actually had a couple of other baptismal dates that had to get canceled because she would drink tea a week before the baptism. But she has already changed so much since I’ve been here and I was so happy to finally get to see her be baptized! Everything worked out well and we actually had quite a few people show up from the ward. I am so grateful to have been able to help prepare her to make this sacred covenant with the Lord. I know that this is a decision that has an eternal impact!

One of my grateful moments of the week: I was on the tram the other day when a Russian man came and sat across from me (yes, there are apparently Russians in Hong Kong ;). He started talking to me and telling me about how much he didn’t like Hong Kong and was just here for business and so on. I tried to pull the conversation back and asked him if he had a religion or went to church. He then went on for the next 10 minutes, I kid you not, talking about religion and comparing it to paintings and apples and talking in circles so that I couldn’t understand his train of thought in the slightest! And every time I would try to ask him a question to clarify what he was talking about, he would respond with something even more confusing than the last time. I truly couldn’t understand him–and he was speaking English! Even though it can be kind of frustrating or disheartening talking to Chinese people sometimes because of how direct they are, I realized in that moment how grateful I was for that! At least when people tell me no, I can move on and talk to someone else! Heavenly Father sure knew what He was doing when He sent me here and I have vowed to never complain again about people being too direct! As long as they don’t try to compare religion to an apple, I think that I should be good.

Lesson for the week: be grateful for EXACTLY where you are! Right here, right now–be grateful! Sometimes things that seem like a challenge can turn into your greatest strength. And most importantly of all, trust in the Lord! Even if you don’t know what you’re doing which I feel like most of the time, at least there’s someone looking down on me right now who knows exactly what where I need to go and how to get there. 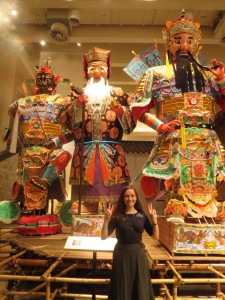 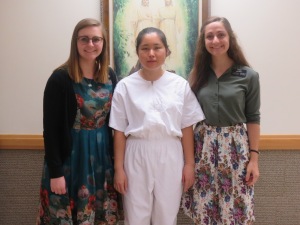 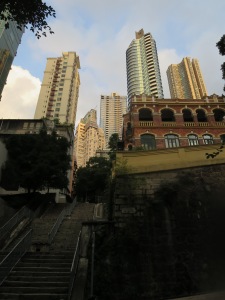 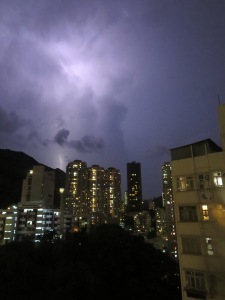