What do you do when you don’t have a recipe for pancakes and your pan isn’t working? Improvise! The theme for this week seemed to be taking what you have and then finding a way to turn it around. We had planned on making pancakes with our investigator, Wendy, but we encountered some difficulties when we got there. All of the YW that were supposed to be with us canceled, but you know, things still turned out really well! We just got to know her a little better and shared a short message with her. She is so sweet and has a strong faith, but she is really shy and doesn’t really like coming to church so we were hoping to make her more comfortable. It was actually super good and a good reminder that there are never really bad circumstances, but a lot of it depends on your own attitude and what you make of it!

We also taught Jacky again this week and gave him a baptismal date for May–yay!!! He still has a long way to go before he is ready and has some things that he needs to overcome, but he is one of the most sincere and humble people that I have met. Every time he prays you can just tell that he is communicating with God–REALLY communicating with God instead of just saying some words for the sake of speaking or pleasing us.

Our funny experience while finding this week would have to be when we stopped and talked to this old little popo who was sitting on a bench and singing some songs (sounded like traditional Chinese opera) to herself. We talked to her and she just kind of kept singing her replies to us and we couldn’t help but to smile. She told us that she had personally taken it upon herself to sing to those around her every day and just seemed so pleased with herself as she sat on that bench. She was so cute hahaha!

Something about the people here is that when it comes to elevators and public transportation, there’s no such thing as trying to fit “too many people.” Sometimes the train doors open and you just see a solid wall of people crammed onto it and instead of waiting for the next train, you just kind of jump on and push yourself into the wall and are eventually absorbed into everything. It’s like I always say, “If you think that you can fit, then you will!”

We watched the Women’s General Broadcast this weekend and during that, and in my personal study as well, all that I have been able to think about is service. I just love how we have so many opportunities to love and help others. I know that there have been many times where my prayers have been answered through the actions or words of someone else, oftentimes they don’t even have any idea. How amazing is it that the Lord lets us be instruments in His hands to love and serve those around us! There have also been so many times I have talked to someone while finding and they have told me that they’ve seen us or other missionaries around before and have appreciated the smiles that we always have. It really is the simple things that make the biggest difference sometimes!! We had a lesson with an RC this week who is really struggling and basically we just testified of the love of our Savior and tried to build him and his faith in the Lord up. By the end of the lesson he was smiling and I think that it really helped him a lot to know that there were people who really did care for him and also a loving Heavenly Father who is always rooting for him.

I love you all!! Have an amazing week!! And as always, remember to always be LOOKING for opportunities to SERVE!!!

Pictures:
1) We got matching shirts and realized that we look like the Powerpuff girls haha!

2) McDonalds here is a little classier so we sometimes go there (and it’s cheap, so what else can I say) and I tried their new black burger. It tasted…. like a regular burger haha! 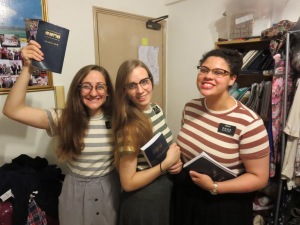 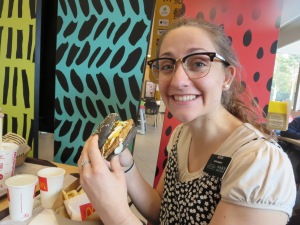 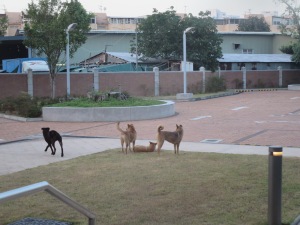 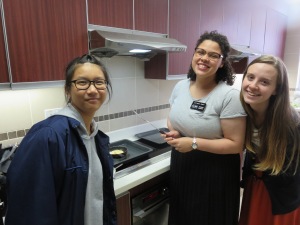